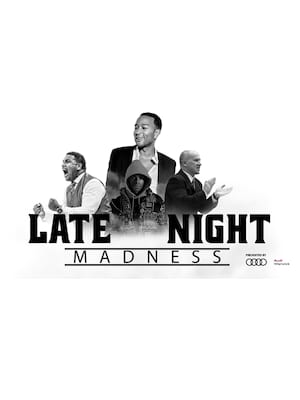 ...connected with the full house, tapping into the legacy of Marvin, Teddy and Luther,CQ though he's truly his own man.

Providence College celebrates the start of their 2019/20 basketball season with their biggest party yet! Not only will the prestigious university show off the women's and men's Friar basketball teams with on-court displays, but the one and only John Legend is set to perform, with support from East Coast rapper Boogie Wit Da Hoodie. It's set to be a slam dunk of a night!

Smooth operator Legend is every bit as iconic as his surname. Rising to the spotlight as a background performer and collaborator with the likes of Lauryn Hill, Jay-Z and Janet Jackson, he signed a major label deal thanks to his friend Kanye West and his debut album Get Lifted ensured multi-platinum and Grammy-winning success with Oscar, Emmy and Tony wins not long after, making Legend an EGOT.

Sound good to you? Share this page on social media and let your friends know about Late Night Madness - John Legend at Dunkin Donuts Center.