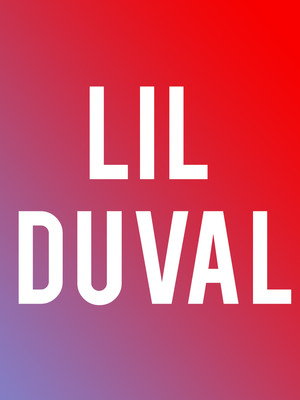 After performing at the Oakland Bay Area Competition in 2001, Powell was approached by Cedric the Entertainer's road manager and was invited to perform on the Budweiser tour with Cedric, as well as the television special Cedric the Entertainer: Starting Lineup. 18 years later and Lil Duval sees himself headlining his own U.S. Tour, titled Living My Best Life Tour, and quite literally living his best life.

Some comedians have to work to make people laugh, whereas for Duval this comes naturally. High School was what put Duval onto his career path when fellow classmates would cheer for him, and it was then he knew he wanted to remain in the limelight. His vision was to be on the big screen and looked up to Chris Tucker as his role model. It wasn't until he saw Chris Tucker doing stand-up did he know where his path would lead him.

Sound good to you? Share this page on social media and let your friends know about Lil Duval at MGM Grand Theater.