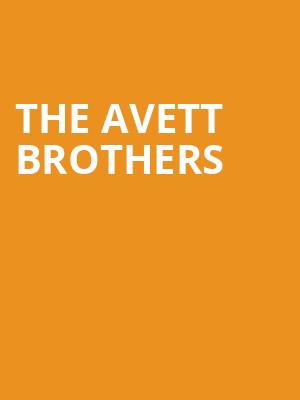 Why See The Avett Brothers?

The Avett Brothers are a non-traditional bluegrass band that originated in the early 2000s in Concord, North Carolina. Two brothers, Seth and Scott Avett, formed the group after the breakup of the former rock band, Nemo, adding two new members - Bob Crawford on double bass and Joe Kwon on cello. The bad.

Their sound is a refreshingly eclectic blend of traditional instruments - banjos, cello, double bass, and piano to name the most frequently heard sounds - played by true musicians with open and honest lyrics written from the heart. The Avett Brothers have managed to find their fit in between bluegrass and folk-rock genres, a place that makes them as at home at a small music festival as they are on an urban concert stage. Of their eight studio albums, the latest two have gained the band the highest positions on Billboard Charts in the US - with 2012's The Carpenter reaching Number Four and its 2013 follow-up, Magpie and the Dandelion, reaching Number Five.

Suitable for all audiences

Photo by Edward Cisneros on Unsplash

You may be required to wear a mask during this performance. Please contact the venue directly for more information.

Trisha: “If you don't know this band and their music you're really missing out.”

I've seen this band a number of times and have never been disappointed.... more

First off, Trish is right in that everyone should see the HBO documentary... more

Sound good to you? Share this page on social media and let your friends know about The Avett Brothers at Providence Performing Arts Center.