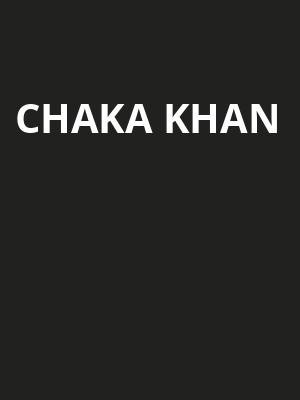 Since bursting onto the scene in 1978 with the immortal disco anthem "I'm Every Woman, Chaka as she is known the world over has broken record after record. "I Feel For You," is arguably her most famous song, originally written and first performed by Prince. This chart-topping Grammy-winner also made music history when released in 1984, as the first R&B song to feature a rap.

These days when not touring or recording, Chaka is heavily involved in social activism for autism and the protection of women and children under her Chaka Khan Foundation which she founded in 1999. She's also a savvy entrepreneur, having produced her own line of linen, perfume and "Chakalates" collection for the sweet toothed!

Show got started 20mins late. Strong fast and exciting once on stage.... more

All I can say is WOW. She was incredible we came for a show and we got... more

Sound good to you? Share this page on social media and let your friends know about Chaka Khan at Twin River Events Center.